ACRU member Dr. Cynthia Chiang, returned in January from a two month visit to Antarctica where she participated in an experiment called SPIDER that studied the earliest moments of our universe’s creation.

SPIDER consisted of six telescopes that were launched into the stratosphere with a giant helium-filled balloon, which swelled to roughly the size of Durban’s Kings Park stadium at its 35-km cruising altitude.  From this lofty height, SPIDER observed the faint, leftover heat from the Big Bang: this afterglow, known as the cosmic microwave background (CMB), contains valuable clues that will help unravel the mysteries of our universe’s explosive beginnings.  The experiment was built by an international collaboration that includes Princeton University, the University of Toronto, Case Western Reserve University, the California Institute of Technology and the Jet Propulsion Laboratory, and the University of British Columbia.

Dr. Chiang joined the SPIDER collaboration in 2009 as a postdoctoral research fellow at Princeton University. She was responsible for testing and operating SPIDER’s cryostat, a large vessel that houses the six telescopes and cools them to -270 degrees Celsius using 1000 litres of liquid helium. SPIDER was launched on January 1, 2015 and spent 17 days in flight.

“I was absolutely thrilled to finally see SPIDER in the air.  It’s taken many long years of hard work and dedication from people across the globe, and collaborating with such a talented and cohesive team has truly been a blessing for me.  We’re all eager to see the data in full when the telescopes have been retrieved, and we look forward to facing the new challenges of sifting through our observations.  We at ACRU will be actively involved in the analysis, and we plan to continue collaborating on SPIDER for its second flight” said Dr. Chiang. 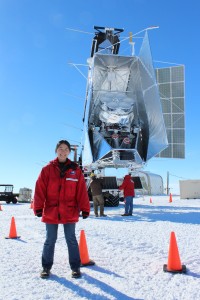 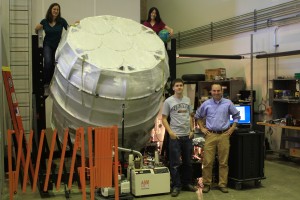