Searching For The Universe’s First Stars

Dr Cynthia Chiang, a senior astrophysics lecturer at UKZN’s Astrophysics and Cosmology Research Unit, recently returned from Marion Island, located halfway between Antarctica and South Africa, where she upgraded the PRIZM radio telescope. The telescope, built by Dr Chiang and her astrophysics students, is being used to detect traces of the first stars that turned on in the Universe.

At the beginning of April, Dr Chiang visited the island with her students to install two additional antennaes on the telescope- the team’s first visit to the island after having installed the telescope in 2017. The two new antennas are of a different design and operate at lower frequencies, to the two existing antennae. At the end of May, Dr Chiang returned to Marion Island alone. At the Island, she repaired a portion of the telescope with the help of the overwinterer, base engineer, diesel mechanic, the helicopter team and the Department of Environmental Affairs. She also managed to swop out 500 kg’s of batteries to increase the lifespan of the experiment.

PRIZM (Probing Radio Intensity at high-Z from Marion) is a low-frequency radio telescope which collects information about the universe during the “Cosmic Dawn”, the period a few hundred million years after the big bang when the first stars in the universe formed.  The light from these first stars is too dim for optical telescopes to view, therefore they have never been measured directly. PRIZM was designed to make this measurement and to help determine when the first stars and galaxies formed.

In order to effectively capture data, the chosen site for the telescope, had to be free from man-made transmissions such as radio stations and cell phones. Marion Island was chosen due to its ideal remote location: It is separated from the nearest continental landmasses by 2000 km and is one of the most radio silent locations in the world.

Dr Chiang and her team experienced many challenges while working on the Island. The island lies in the Roaring Forties, an area notorious for high winds, rain and cold temperatures and the Island is only accessible via ship (The SA Agulhas II) once a year. In addition, time on the Island is extremely limited “We had a very compressed timeline of three weeks on the island to set up, get the equipment running, capture the data and leave. Sometimes weather and logistic delays gave us even less time to get things done” said Dr Chiang. Despite facing these challenges, Dr Chiang and her team managed to successfully upgrade the telescope.

Dr Chiang and her students are currently processing data collected from the PRIZM telescope data in the past 12 months. “With this telescope, we receive true signals from the sky as well as environment and systematic effects that might be introduced by an instrument, therefore there is a lot of work involved in separating these effects making sure to understand that what we’re seeing is the actual truth from the sky”, said Dr Chiang.

Dr Chiang has also contributed to other telescopes across the world including SPIDER, Planck High-Frequency Instrument, South Pole Telescope and C-BASS. However of all the locations that Dr Chiang has worked at, she feels that Marion Island has been the hardest. “You’re cold, tired, hungry and exhausted all the time but it is absolutely worth it for the science and it is just a beautiful location as well”. 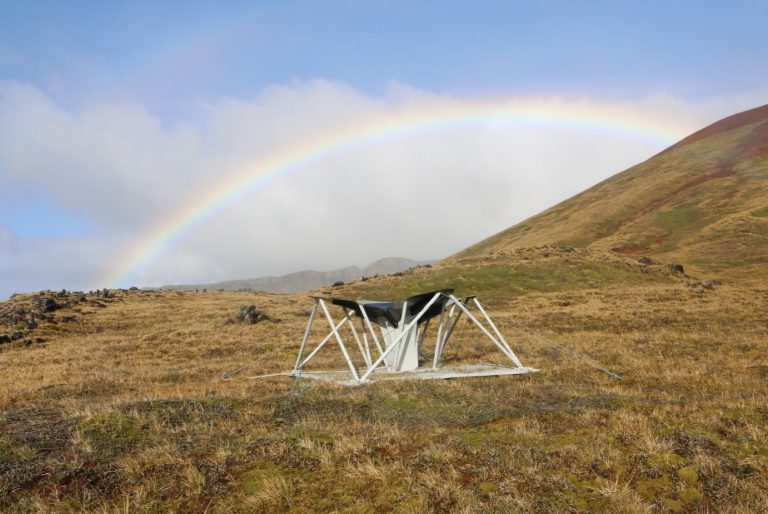 The PRIZM telescope which has been collecting data for the past year at Marion Island.