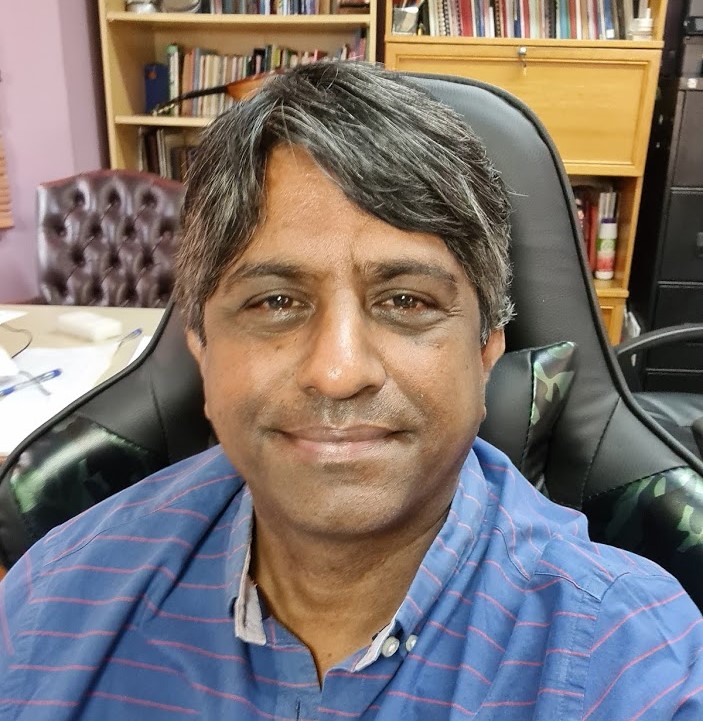 Sudan Hansraj, matriculated from Mountview Secondary in 1983. He then obtained a Teachers qualification from the Springfield College of Education and in this time developed an interest in the Mathematics Olympiad. While serving as mathematics teacher at Centenary High School, he obtained a BSc in Mathematics and Applied Mathematics from UNISA. Thereafter he enrolled for the Honours degree at UNISA in Pure Mathematics taking papers in Galois Theory, Measure Theory and Differential Equations. While teaching at the Trenance Park Secondary School, he became interested in General Relativity, after having studied it at Undergraduate level and consequently began a Masters degree in Relativity. This was completed in 1996. He immediately continued with doctoral work and his thesis “Exact Solutions and Conformal Transformations in General Relativity” earned him the PhD from the University of Natal in 1999. In the meantime he served as Lecturer in Mathematics at the Springfield College and subsequently the Durbanse Onderwyskollege. Since 2001 he joined the full time staff of the University of KwaZulu Natal as a senior lecturer. For recreation he plays sport and is heavily involved in the promotion of recreational mathematics among school children.